The complexity of the project can be conditioned not only by altitude or seismic area but also the individual space-planning decisions, or the special function of the object. Restrictions can be associated for example with the location of the object within a block with a single historical character of the buildings which are architectural monument, or when planning is done in dense urban areas.

We call these individual projects. 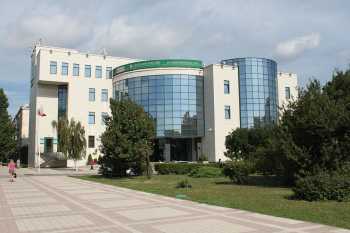 Foundation of the SBERBANK building in Novorossiysk

A three-dimensional picture of occurrence of subsoil differences is crucial for reliable analysis of possible deformations if there is a complex and heterogeneous spatial arrangement of engineering-geological elements.
The project of the Sberbank building in Novorossiysk can be called indicative for projects with an unevenly compressible subsoil and in particular it can be called justifying the necessity for detailed analyses of the possible uneven settlement of buildings and structures. 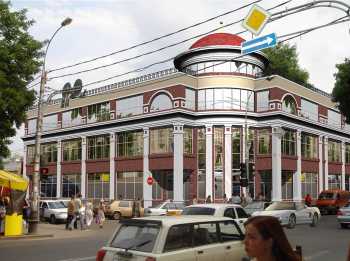 «MANGO» store on the Krasnaya Str., 72 in Krasnodar

The building is located in the historical part of the city. Its architectural appearance harmoniously complements the existing historical development of the quarter.
The construction was carried out in two stages. It was complicated by the location of existing buildings with significant physical wear and tear of the building structures in the very close location of the designed store. In this regard we used technology CFA piles reducing the negative dynamic effect on existing structures. 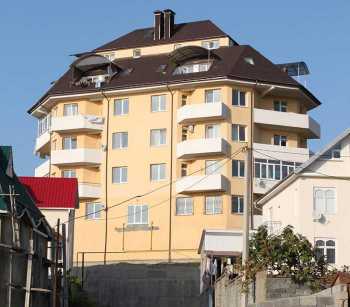 The 5-storey residential building in the Mamayka district of Sochi has a complex and inconsistent scheme of the arrangement of vertical bearing structures in the form of separate piers around the outer windows, as well as a group of columns located in the middle part of the standard layout. The lack of multiplicity in the step of vertical structures led to the necessity to design a frame without beams with vertical piers and columns. Since the step between the structures was significant, special consideration was given to calculate the column-plate behavior from during seismic events. 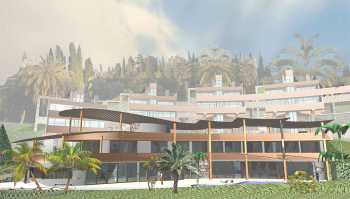 Cottage development is located on a slope in close proximity to the Sochi sanatorium «Pravda». The concept provides for the location on the slope of cottages of two types, interlocked in groups, as well as a stand-alone public service unit intended for servicing residents of cottage development. The community block is so oriented on the site that its roof is used as an open parking lot. 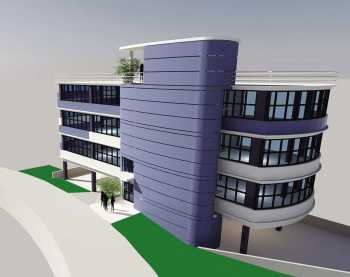 In case of individual design in order to minimize the time and costs for the project's approval in expert authorities, they are limited to 2 or 3 floors. In such situations, the Investor always tries to achieve maximum efficiency from the project organization from the standpoint of technical and economic indicators and the final output of the areas. For an office building in Sevastopolskaya Street in Sochi, the architect O. Zadikian proposed an interesting solution for using the lower level. The building was «hung» on the columns, forming an overlying volume sufficient for the organization of the parking zone. Formally, the building had 3 floors, but the parking space added another floor for ten car places, which immediately increased the attractiveness of office space in this place of the city.